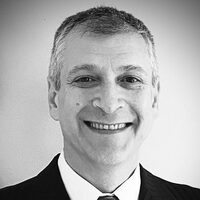 Sitting at the intersection of three of the most powerful mega trends expected to drive economic activity over the coming decades—energy transformation in the transportation and energy generation/storage markets, onshoring of production and manufacturing, and the drive for sustainability, circular economy, and net-zero objectives—TMC the metals company, Inc. (TMC) is poised to become the world’s largest miner and processor of metals critical to the electric vehicle (EV), energy storage, and renewable energy generation industries, such as nickel, cobalt, copper, and manganese.

The rapid growth of the EV industry, as well as government and industry efforts to increase energy production from renewable sources, such as wind and solar power, have caused a surge in demand for once staid metals, such as nickel, cobalt, copper, manganese, graphite, and, of course, lithium. TMC’s seabed resource (the company has secured exploitation rights to three zones in the highly promising Clarion Clipperton Zone (CCZ) in the Pacific Ocean off the coast of Baha, totaling about 225,000 km2) consists of polymetallic nodules found on the seabed that contain high concentrations of four of those metals: nickel, copper, cobalt, and manganese.

TMC is working on perfecting the existing technology to collect polymetallic nodules off the seabed and transfer the nodules to a surface ship for transportation back to shore for further refining and processing, using traditional onshore facilities and processes. The initial pilot tests of the collector and transfer lines to the ship are ongoing. Results of the trial are likely to be announced later this year and should lay the groundwork for TMC’s exploitation contract application with the ISA, expected to be submitted in 2H23, once ISA regulations are finalized.

Mining companies, whether in the state of production or development, can be valued using the net present value (NPV) of the resources a company possesses, including measured, indicated, and inferred. Thus, a producing base metals company’s market cap on average is 1.6x NPV of its mineral resources. Clearly, being approximately two years away from production, TMC’s MC/NPV multiple would need to be appropriately risk-adjusted. We believe 25-35% of NPV to be an appropriate discount for a pre-revenue company with well-defined resources (as NORI and TOML properties are). Thus, a 0.4x MC/NPV multiple would be implied, representing market cap of $1.7-2.4 billion. However, in case of TMC, the company’s resource is in international waters with the rules and regulations regarding its exploitation yet to be finalized. Incorporating the risk associated with potential regulatory delays and the ultimate regulations potentially being more cumbersome (costlier) to follow, possibly resulting in higher-than-anticipated operating costs, a further discount of 50% may be justified, resulting in TMC’s market cap of $850 million to $1.2 billion. Even this level of conservativism would suggest that TMC stock, whose current market cap is under $300 million, has 200-400% upside.