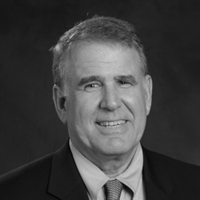 Founded in 1972 and headquartered in High Point, North Carolina, Culp, Inc. manufactures, markets, and supplies a wide range of mattress and upholstery fabrics in the U.S. and across the globe. Today Culp has manufacturing and sourcing capabilities in the US, Canada, China, Haiti, Vietnam, and Turkey.

Today, Culp’s CEO is Robert. G. Culp IV (Iv), who joined the company in 1998 and became CEO in January 2020. For 15 years before becoming CEO, Iv led Culp’s mattress fabric segment. Culp enjoys a strong market leadership role in each of its two segments, which is reinforced by its innovation.

On Tuesday, July 20, 2021, we hosted Ken Bowling, Culp’s EVP, CFO, and Treasurer, in a Fireside Chat to discuss Culp’s financial model and how it fits into Culp’s strategy. A copy of the transcript, edited for readability and grammar, is included below.

Ken, I will soon have several questions for you that address Culp’s business strategy from a financial perspective. However, first, can you first tell us a bit about yourself and how you came to Culp?

Ken Bowling: Thanks, Budd. I’m originally from Kentucky, but I spent most of my adult life in North Carolina. Yet, for the record, I’m a true-blue University of Kentucky basketball fan. That makes it interesting to be surrounded by Carolina and Duke fans during basketball... 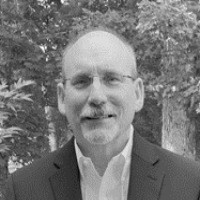 Kenneth R Bowling (Ken) graduated from Berea College in 1984 with a B.S. degree in Business Administration. He later achieved his MBA from Wake Forest University in 2000. Ken is also a certified internal auditor.

He began his career with Ashland Oil in Ashland, Kentucky, as an internal auditor in 1984 and worked in this position for three years, rising to the level of senior auditor. From Ashland Oil, Ken switched industries and went to work for Proctor-Silex, a manufacturer of small kitchen appliances headquartered in Richmond, Virginia. He spent ten years with Proctor Silex, taking on increasing responsibilities ranging from internal audit manager to division controller for operations in the U.S. and Mexico.