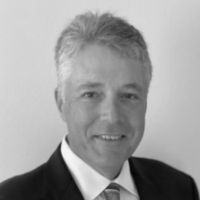 On Monday, January 10, 2022 at 2:30 pm EST, we will host Robert Anderson, Chief Executive Officer and President of Earthstone Energy for a fireside chat. The discussion will focus on Earthstone’s recent success in the acquisition market, which has significantly expanded its Permian Basin asset base. The event is open to all.

Earthstone transformed its asset base in 2021 with a series of closed and announced acquisitions having an aggregate value of approximately $1.0 billion. On December 16, 2021, the company announced an agreement to acquire the assets of Chisholm Energy Holdings, LLC in a cash and stock deal valued at $604 million. Read our January 4, 2022 initiation of coverage report here.


Water Tower Research is an investor engagement and stakeholder communication platform powered by sector experts with significant Wall Street and industry experience. We create, deliver, and maintain the information flow required by companies to build and preserve relationships with all stakeholders and existing and potential investors. "Research for the Other 99%™" opens the door for companies to digitally share their stories directly and engage with a broad, diverse set of investors.

Earthstone Energy, Inc. is an independent energy company headquartered in The Woodlands, Texas. The company is engaged in the acquisition, development, and operation of oil and natural gas properties. The company’s primary assets are in the Midland Basin of west Texas and in the Eagle Ford Trend of south Texas. 3Q21 production averaged 25.8 MBOE/d. In December 2021, Earthstone announced an agreement to acquire assets in the northern portion of the Delaware Basin in New Mexico. The acquisition is expected to close during 1Q22. The company’s website is www.earthstoneenergy.com. 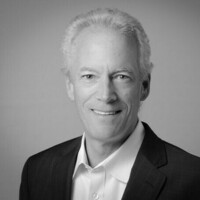 Robert J. Anderson is a petroleum engineer with over 30 years of diversified domestic and international experience. He has served as Earthstone’s Chief Executive Officer since April 2020, and as President since March 2018. Previously, he served as Executive Vice President, Corporate Development and Engineering of Earthstone and served in a similar capacity with Oak Valley Resources, LLC from March 2013 until the closing of its strategic combination with Earthstone in December 2014.

Prior to Oak Valley, he served from August 2012 to February 2013 as Executive Vice President and Chief Operating Officer at Halcón Resources Corporation. Mr. Anderson was employed by GeoResources, Inc. from April 2007 until its merger with Halcón Resources in August 2012, ultimately serving as a director and Executive Vice President, Chief Operating Officer – Northern Region. He was involved in the formation of Southern Bay Energy in September 2004 as Vice President, Acquisitions until its merger with GeoResources in April 2007. From March 2004 to August 2004, Mr. Anderson was employed by AROC, a predecessor company to Southern Bay Energy, as Vice President, Acquisitions and Divestitures. From September 2000 to February 2004, he was employed by Anadarko Petroleum Corporation as a petroleum engineer. In addition, he has worked with major oil companies, including ARCO International/Vastar Resources, and independent oil companies, including Hunt Oil, Hugoton Energy, and Pacific Enterprises Oil Company.